The 2011 vintage Bruichladdich Islay Barley single malt was made using Publican and Oxbridge barley varieties grown by six farms around the Hebridean island. As ever, Bruchladdich has also given us an in-depth look at the casks used for this whisky – 75% was aged in first-fill American whiskey casks, 15% was aged in second and third-fill Sauternes and Austrian sweet wine casks, and 10% was aged in first-fill Rivesaltes wine casks. The whisky was then married together for six months before bottling. 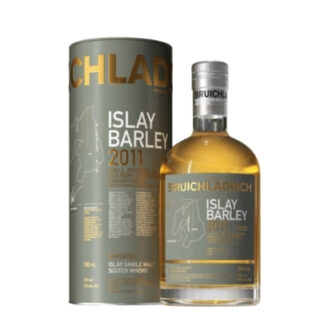