“Vodka should be clear. Clear as day. This is why crystal-clear water is one of the most important ingredients in Esbjaerg. Vodka should be pure. No argument. This is why we make Esbjaerg from the very finest wheat grain alcohol. Vodka has to be smooth. Without question. This is why we filter Esbjaerg over active charcoal. The recipe for Esbjærg comes from Denmark, where Esbjærg Vodka was incredibly popular among Danish and Icelandic fishermen, even way back before World War II. Distiller Ole Pedersen from the fishing town of Esbjærg used ice from Greenland – brought back to Denmark by the fishermen –to dilute his vodka. This is what gave Esbjærg its uniquely smooth and pure taste. Today the same result is achieved through modern craftsmanship and the use of the best ingredients. Of course, Esbjærg Vodka is sensational drunk neat. But, thanks to its 40% proof alcohol content, Esbjærg is also perfect for mixing and in cocktails.” 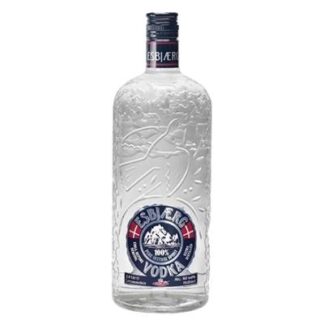