Evan Williams is a smooth, easy to drink Bourbon named after Evan Williams who, in 1783, opened Kentucky’s first commercial distillery along the banks of the Ohio River. Many years and barrels later, they’re still producing Bourbon with the same time-honoured methods that Evan Williams did years ago. Today, Evan Williams is the second largest selling Kentucky Straight Bourbon Whiskey in the US and the world, distilled just a few blocks from the site where Evan himself built his distillery.

Evan Williams Black Label 50ml is your next miniature. 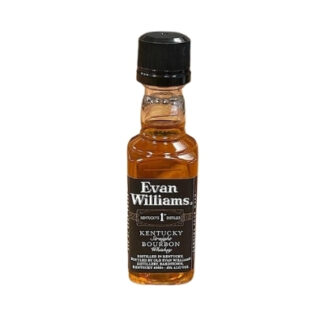